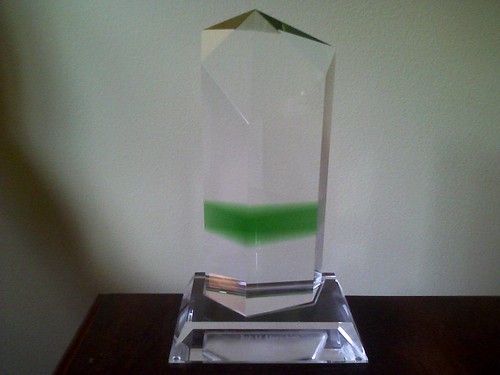 Today, this very day, 10 years ago, before the new millennium, I joined Microsoft as a full time employee. I can remember sitting in NEO (New Employee Orientation) on my first day listening to instructions on what forms to sign where and later experienced employees spoke about tips on how to be successful at Microsoft. I don't remember the specifics of what was said. I just remember being so excited to get started writing code. For real.

Ten years seems like a long time, especially in the computer industry. Microsoft recognizes the time with an award (displayed to the right) which is presented by your manager at a convenient team meeting sometime near the month of the anniversary. Honestly, I was a bit surprised when the incredibly heavy box was handed over. Had it already been 10 years? 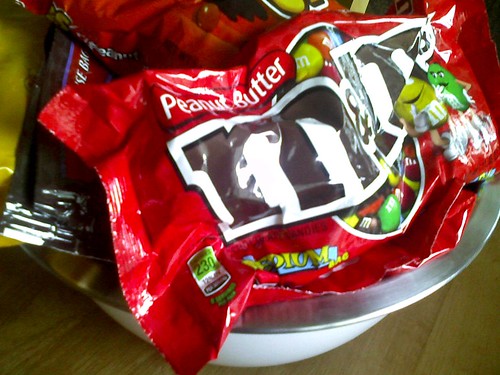 Nonetheless, it has been 10 years at Microsoft so it seems like some celebration is in order. To celebrate, I will be hosting 10 pounds of M&Ms outside my office door. Bringing one pound of M&Ms for each year of your anniversary is a tradition that I learned when I started in Office. As I moved across the company, I found that not all teams shared the tradition but I always observe the ritual. So, if your on Microsoft campus in the next couple days then swing by my office and grab a cup full of M&Ms. To recognize the decade, I'm mixing in a pound of Reese's Pieces just for grins.

Trust me the sugar'll help your coding... or something like that. <smile/>